A lot has been happening in the recent months.  Ben & Sophie moved back from Statesboro, got jobs, moved twice, the 2nd time into their own house.  Jordan & Adam came home to Fayetteville for the Independence Day holidays where Adam proposed to Jo during the 7th inning stretch of the baseball game against the Cubs.  (The Cubbies won 6-1, in case you were interested).  They had talked about it for the past year or so, but this trip made it official.  We met Adam’s parents, Greg & Becky, his sister, Alysson & her boyfriend, Carl, who came in for the event.  Nice people.  It was actually quite a large gathering in Section 225, Rows 5 & 6, Seats 101 through 110.  Made it really exciting when, after the entire stadium sang “Take Me Out To The Ballgame”, Adam dropped to one knee, took the ring out and placed it on Jordan’s finger.  Lots of hugs and tears followed.  The usher for our section even came up and announced to the rest of our section that “Jo said yes!” 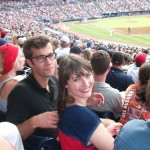 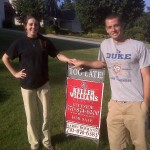 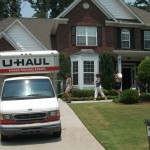 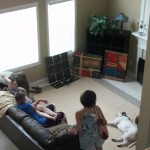 Jamie’s sister, Kathy, and her daughters, Alison & Julianne are on vacation with us until next Wednesday.  They were with us at the game Wednesday night and have, so far, had a pretty good time.  Yesterday, we went to Paris on Ponce to see the venue where Jo wants to have her wedding party.  Very cool place!  I’m sure it will be a good time when it gets into full swing.  After spending a couple of hours there, we went to Tin Lizzie’s for lunch, and then back home.  Around 5pm, loaded back into the van for a ride up to Ben & Sophie’s house, so Jordan & Adam could see it before they headed back to Knoxville this morning.  They loved it and B & S have been working hard to get boxes emptied and things put where it’s supposed to go.  They are going to need a bigger ladder to hang art in the living room, though.  Talk about high ceilings!

The next thing you know, there could be a little one running around calling Jamie & me some version of Gram & Gramps!  It could happen!

Time does move on. The kids – they do grow up, and I am planning on growing up, too.

The BP MS150 ended Sunday, April 21st in grand fashion.  Mark, Courtney & I decided to ride across the finish line separately.  Purely for photographic reasons.  Although I trained more for this event than in the past, you can’t train for windy conditions; and that’s what made this ride more difficult.  We rode most of Saturday in a 15-25 mile per hour head and crosswinds. But we kept pedaling through it because of why we were riding.  Also, this year I met a man with MS named James Sweat. He was at the rider check-in in Houston where we spoke for a few minutes. He signed a bandana for me and I wore it attached to my helmet all weekend as a reminder of who we are riding for. It wasn’t about how much discomfort we were in; this ride was for James, who sits in his wheelchair all day – every day. We rode for everyone who’s been living with MS. I also rode for each of you who may know someone who has been diagnosed.

I cannot begin to tell you all how thankful I am for all of the encouragement and support that y’all have shown this past weekend, and in the weeks prior.  Of course, the donations to the MS cause were also greatly appreciated.
If you have donated, I thank you so much. If you can donate, please do by clicking this link.  The National MS Society will continue to accept donations for this year’s ride until June 30.  Your support and continued encouragement made this, again, a ride to remember.  And if I did not mention it, I will be riding again in 2013. 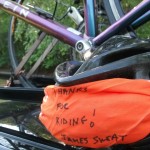 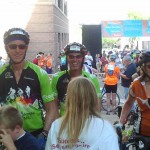 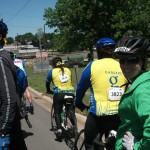 Between the road and the trainer that’s parked upstairs in Ben’s old bedroom, I’ve put over 350 miles on a bike since late December until now.  It’s the training regimen I’m doing so that the ride between Houston & Austin on April 21-22 won’t be as difficult.  I”ll be driving out toward Houston on the 17th or 18th, arriving on Thursday or Friday morning & make the final preparations for the ride.

The picture below was taken on the 2010 ride.  That’s the first year I did the ride with Don. Last year, Don, his daughter Erin, Mark, his niece Courtney, & I all rode.  Hopefully, we’ll all ride again this year.

If you haven’t yet, please take a moment to click on this link & donate to the MS Society.  We ride to help those who can’t.  God bless. 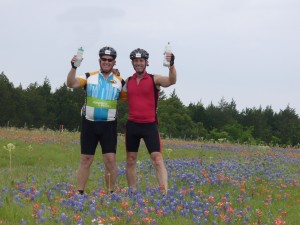 Take time to stop & look at the Bluebonnets

I received a reply from one of the e-mails sent to crewers on Friday.  I had mistakenly left off Steve’s name (he who recommended me) on the original messages, so I re-sent them yesterday.  Unfortunately, I don’t think the responses will include work very quickly, so I continue to search other venues for income.

Spent the day “talking” to Steve about possible contacts for some freelance work.  We were exchanging FB messages and he was giving me contact info for crewers.  Thank you very much Steve.  I’ve already sent resumes to 2 of them and he promises to send contact info for 2 more.  Say some prayers.

Also sent resumes to other companies found doing a search on DuckDuckGo.com.   A decent search engine that doesn’t give you a bunch of “I want to sell you something” sites before actually getting to pertinent locations. It was a busy day of trying to get busy!

Lastly, MANY Thanks to Geoffrey for teaching an old dog new tricks.  (Not that I’m old or anything!)  I now have a link to download my resume here.  I’d like to have a pageview of it as well, and I’m sure that it is possible, but you can’t teach the old dog EVERY trick in 1 day, right?